2022 MARKS 50 (YES, 50!) YEARS OF SHAKESPEARE DALLAS PRODUCING AFFORDABLE FAMILY ENTERTAINMENT FOR NORTH TEXAS AUDIENCES. TICKETS FOR THE 50TH SEASON ARE now on sale! READ ABOUT OUR UPCOMING PRODUCTIONS BELOW.

A MIDSUMMER NIGHT'S DREAM
June 15 - July 23, 2022 at 8:15pm
Directed by Raphael Parry
Four Athenians run through the forest in pursuit of each other while Puck, a mischievous fairy, helps his master play a trick on the fairy queen. A story of order and disorder, reality and appearance, and love and marriage.

THE TEMPEST
June 22 - July 22, 2022 at 8:15pm
Directed by Jenni Stewart
Prospero, a magician, creates a vast magical storm, wrecking the ship of his enemies and leaving them to wash up on shore. When they wake they find themselves lost on a fantastical island where nothing is as it seems.

HAMLET
September 9 - October 15, 2022 at 8:00pm
Directed by Christie Vela
Young Hamlet returns home to discover the world-shattering news that his father is dead, and his mother has married his father's brother. A ghostly encounter leads to madness, revenge, death, and the downfall of the kingdom. 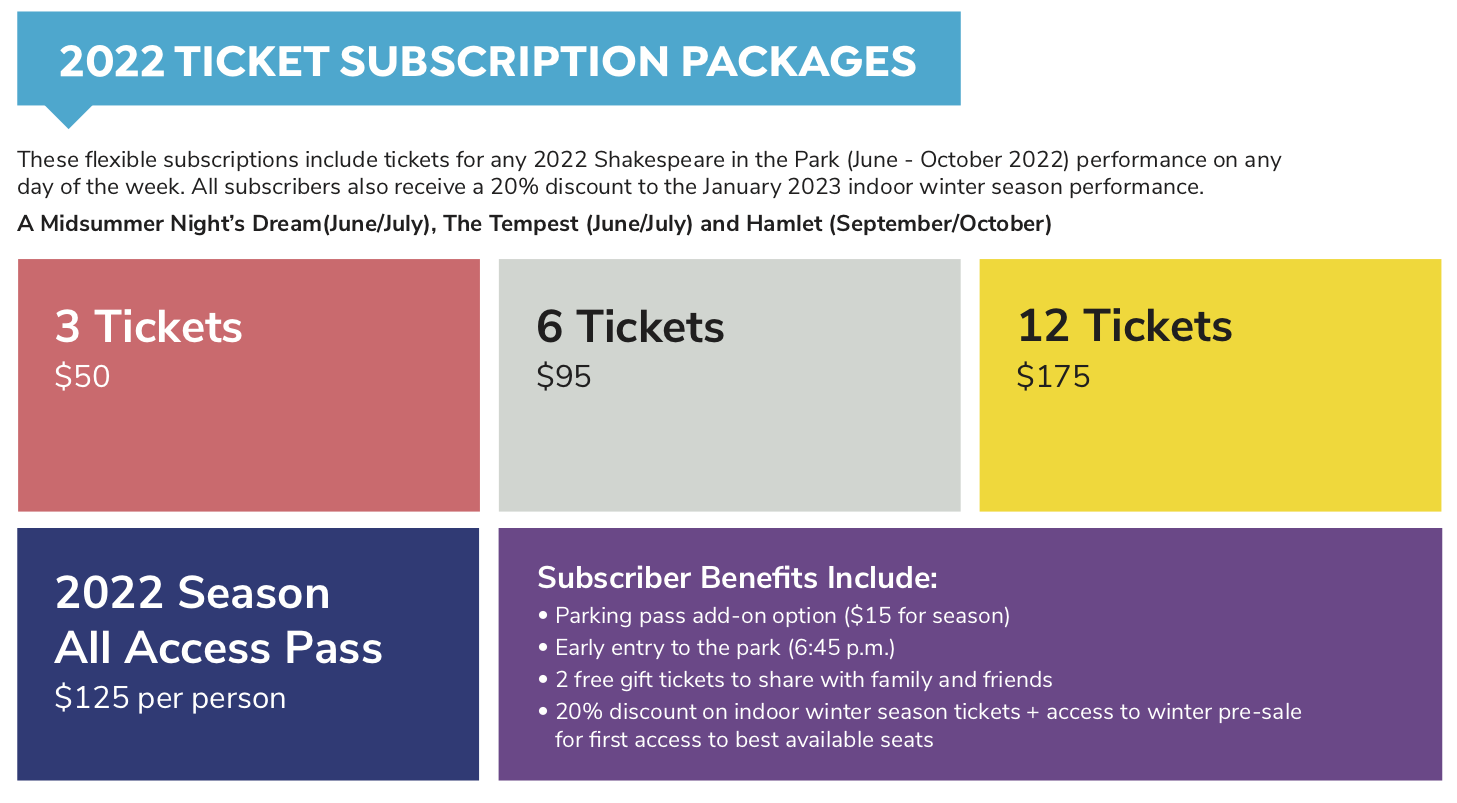